The cart is empty

The Momus Trombone Quartet is named after the Greek god who brought inspiration to writers, artists, and poets... and incidentally was also the god of laughter, mockery and ridicule.

The Momus Trombone Quartet was formed in the fall of 2000 at the University of Kentucky as an outlet for chamber music experience. The following spring they performed their first recital, and in 2002 they were selected as one of three finalist quartets to perform at the first annual International Trombone Quartet Competition in Denton, Texas.

THE LEXINGPORT PROJECT is a reference to it's members at the University of Kentucky. Four trombone players, two from Lexington, Kentucky and two from Kingsport, Tennessee. It contains a variety of musical styles, genres, and sounds with something that everyone can enjoy listening to.

The tune selection for this CD is a compilation of the three competition pieces for the 2002 ITA Quartet Competition: (Dubois' Quator, Klebe's Agitato, Kazik's 2002), new arrangements by Seth T. Vatt and Clint Woltering: (Hassler's Cantate Domino, Steve Green's A Chasing of the Wind, Bruckner's Locus Iste, Mario Bros.), and a few pieces that are becoming staples in the trombone quartet repertoir: (Bach's Toccata and Fugue, Bruckner's Symphony No. 7: Adagio, Rossini's William Tell).

Here's the buzz about Momus:

"A splendid debut CD and I hope there will be more to come from Momus. Do yourself a favor and order a copy today. Hear what American youth sounds like at the beginning of the 21st Century. You won't be disappointed."
-Online Trombone Journal 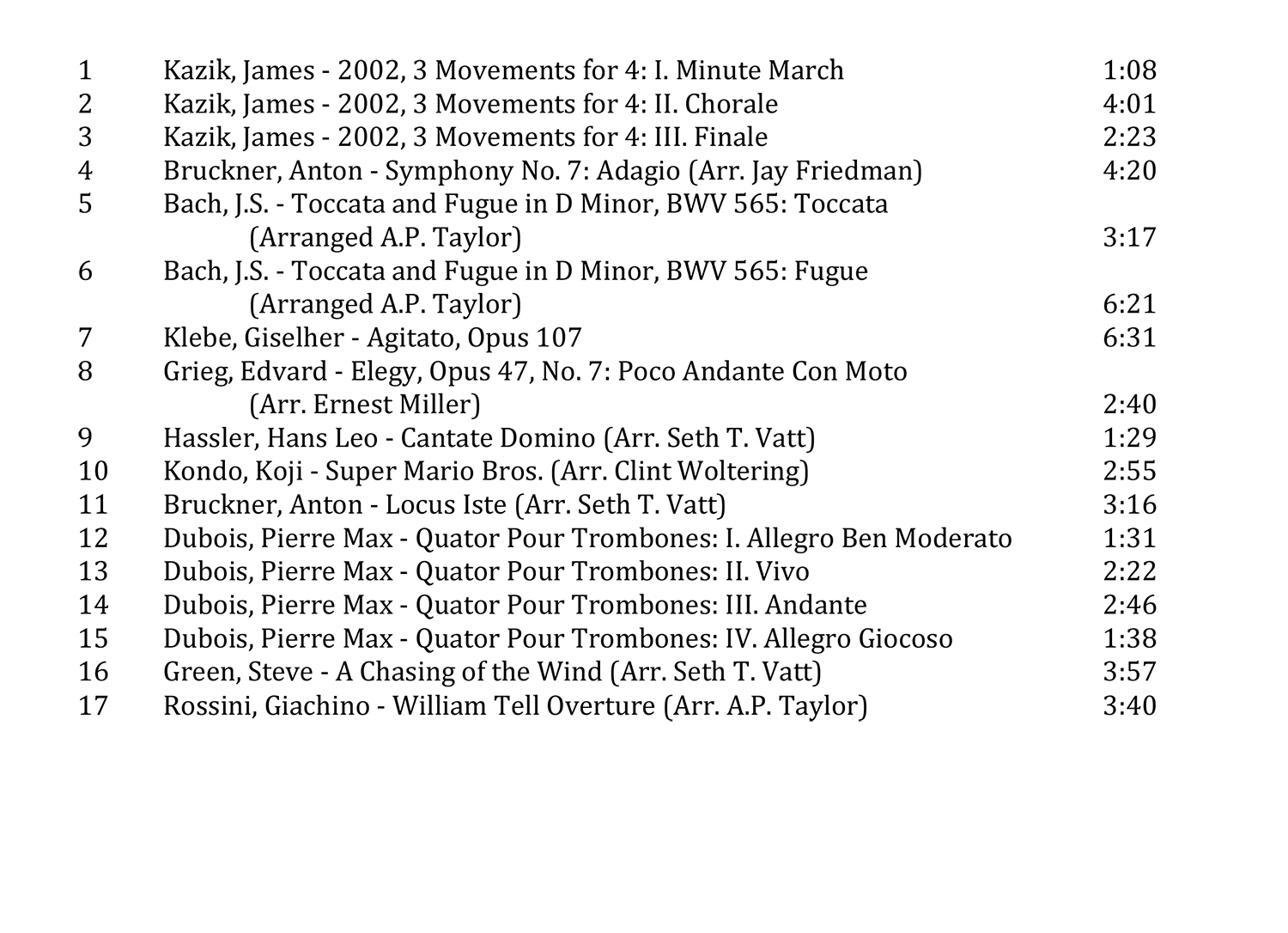